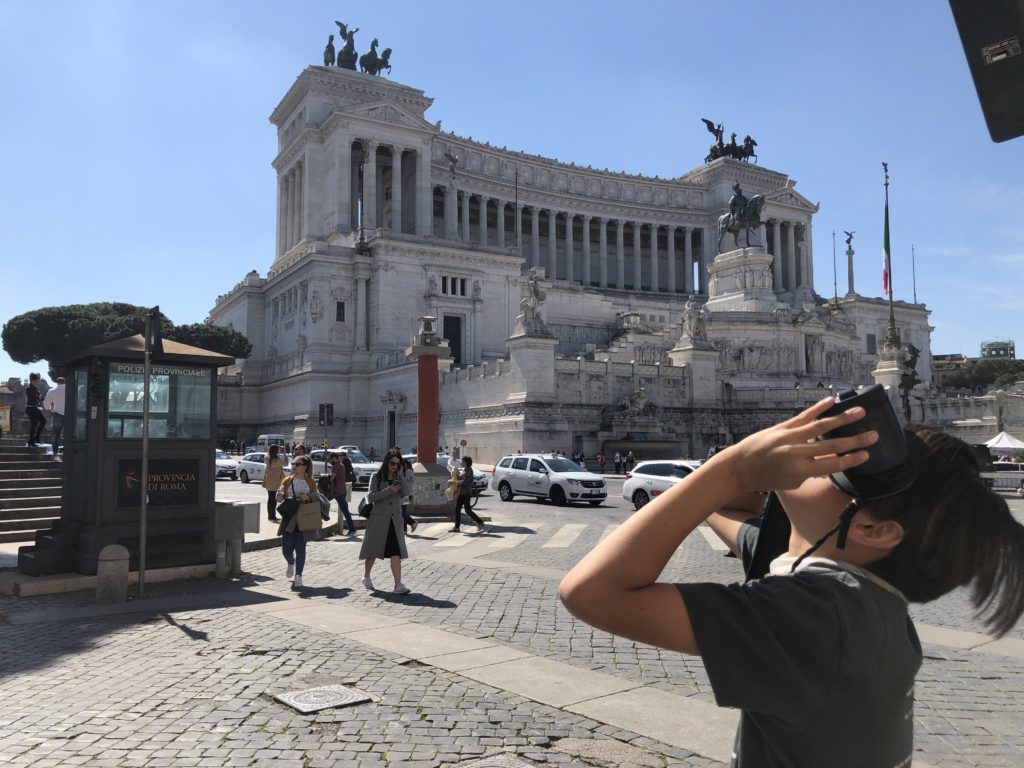 A walk in the heart of ancient Rome

The tour goes through some of the most evocative places in Rome, unmissable stops for every tourist that passes through Rome.

But that’s not all: the tour also includes the use of 3D viewers to see virtual reality reconstructions of squares, monuments and streets, as they looked like in 80 AD.

An exciting walking tour of Rome with 3D viewers, accompanied by an experienced local guide.

A 360 ° immersive virtual experience!
During the various stages of the tour you will be able to wear 3D viewers and immerse yourself in the faithful settings of Rome as it was 2000 years ago.

With the latest generation of viewers, you have the opportunity to access historical 3D reconstructions of Rome’s breathtaking archaeological sites.

Historical 3D reconstructions of ancient monuments can offer a global understanding of their background. This allows us to see the Eternal city in the years of its greatest splendor.

Especially Nero’s gigantic statue Colossus, was part of the entrance of his iconic Domus Aurea. Moreover , his Stagnum, an artificial lake created in the valley, where later the Colosseum was built.

Clearly, those monuments are not visible in the area anymore, but are faithfully recreated through our 3D Viewers.

“Imagine walking on the top of the Capitolium and enjoying the view exactly as it appeared to Roman emperors over 2000 years ago! You will be able to see buildings that no longer exist!”

Information on the 2-hour walking tour with 3D viewers

Book the tour
Place to visit in Rome, Rome bike Tours, Rome tour in 3D, Things to do in Rome, Visit Rome