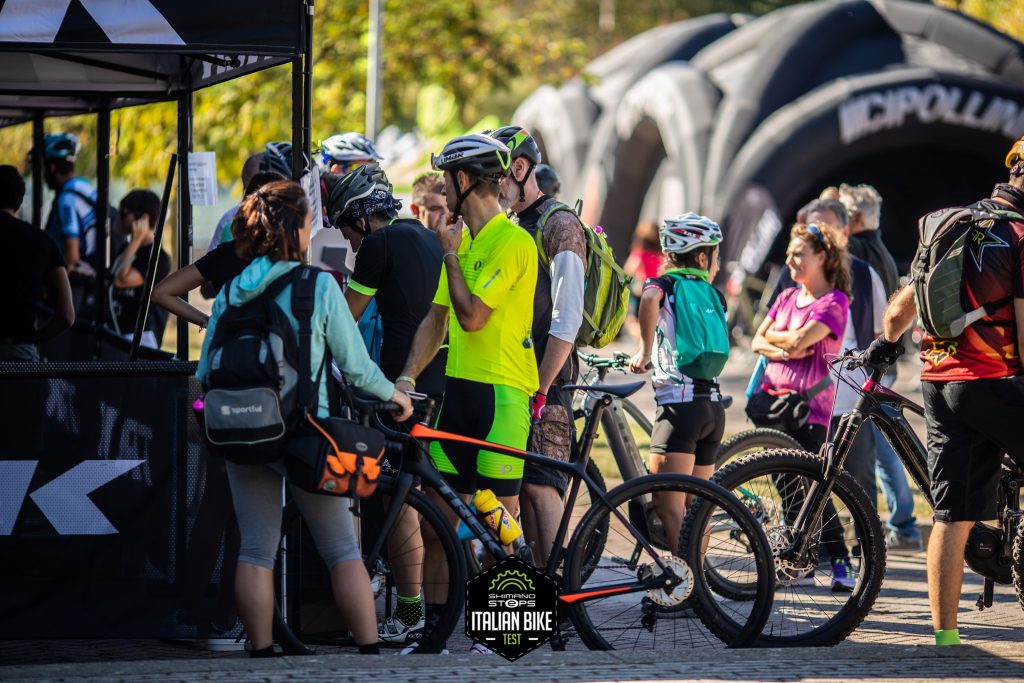 Great success for the first edition of Italian Bike Festival

The event at the Fellini Park, dedicated to fans of the two-wheel world in Rimini, has gathered over 25,000 fans, who were able to test the products of the 120 companies involved, and discover the new 2019 bike news.

1,048 bikes were made available by exhibitors, and they could be tested on three external tracks. In the Village, on the other hand, a one-kilometer route could be used for urban and road bikes, in addition to an off road area of ​​3,600 square meters for traditional and electric MTBs. The little ones were able to test dirt bikes, BMXs and balance bikes on the Pump Track Evolve of Dolomeet Hub.

It should be emphasised the presence of 250 specialized shops from all over Italy.

On the occasion of its 110th birthday, the Grand Hotel Rimini has kicked off the first ride of the Festival. The following day was dedicated to the pre-race technical performance of Annalisa Faè and Alberto Fossati. The first one is an expert in sports nutrition as well as runner and triathlete, whereas the second one is a specialized journalist and expert cyclist.

On Saturday evening, along a track of 1150 meters, 60 athletes from all over Europe battled to win the first edition of the “Gran Premio Amarcord” Criterium, a fixed-gear competition organized by Pedale Riminese ASD and Frecce Rosse

The Spanish Facundo Lezica ranked first in the men’s category. The following positions went to the regional champion of Emilia Romagna Andrea Tincani, and Martino Poccianti, the current Italian champion.

Among women, the Italian Arianna Coltro first crossed the finish line. Behind her, the regional fixed-gear champion of Emilia Romagna Ania Bocchini and the American Hanna Raymond.

It should also be stressed the involvement of former professionals of the highest caliber: Mario Cipollini, Alessandro Ballan, Paolo Bettini and Davide Cassani. Alex Barbero, BMX world champion, who performed spectacular tricks and acrobatics, amused and thrilled the audience.

Italian Bike Festival will be present next year for its second edition, which will take place in Rimini on the last weekend of August.