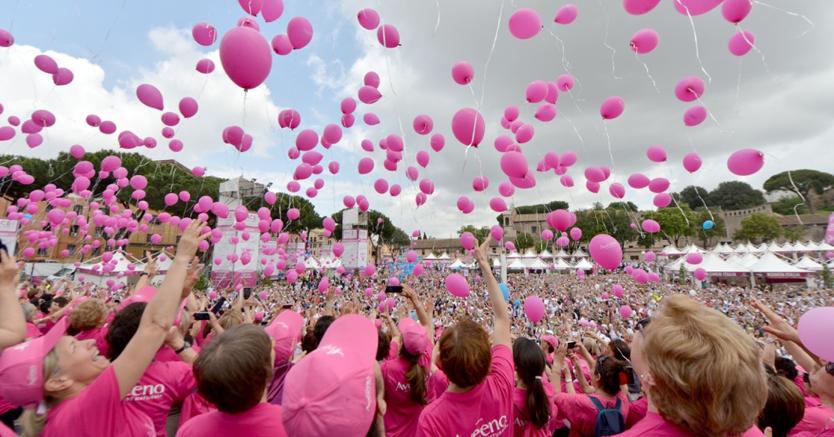 Race for the Cure in Rome

What is the “Race for The cure” in Rome

The Race for the cure is one of the most interesting annual sports events in Rome.

It is a marathon both competitive and amateur. It is organized for charity, to raise funds for research to fight breast cancer.

In addition to the marathon, it includes the setting up of an area called the “Pink Village”, in which various companies, charities and associations offer support and carry out awareness-raising and prevention campaigns.

When and how it takes place

It is usually held on the third Sunday of May.

The marathon will take place on the morning of Sunday 19 May.

The marathon route starts from the “Bocca della Verità” (mouth of truth) and ends at Circus Maximus, at the Pink Village.

In addition to the marathon, with the aim of raising funds for research, the Race for the Cure and the Pink Village have the function of raising awareness and supporting prevention and treatment.

For those registered for the marathon, in the stands set up at Circus Maximus, there will be:

Departure from via della Greca, at the corner of Piazza Bocca della Verità, at 10 am.

We start in the direction of Via Luigi Petroselli and Via del Teatro Marcello, then reach Piazza Venezia and cross Via dei Fori Imperiali, Via Cavour, Piazza del Colosseo, Via Celio Vibenna, Via di San Gregorio, Piazza di Porta Capena, Via delle Terme of Caracalla, Via Antoniniana, via Guido Baccelli, Largo Fiorito, Largo Victims of Terrorism and arrival in Piazza di Porta Capena.

The 2 km walk will deviate from Via dei Fori Imperiali to Piazza del Colosseo towards Via Celio Vibenna.

Useful services for those in Rome for the Marathon:

Place to visit in Rome, Things to do in Rome, Visit Rome