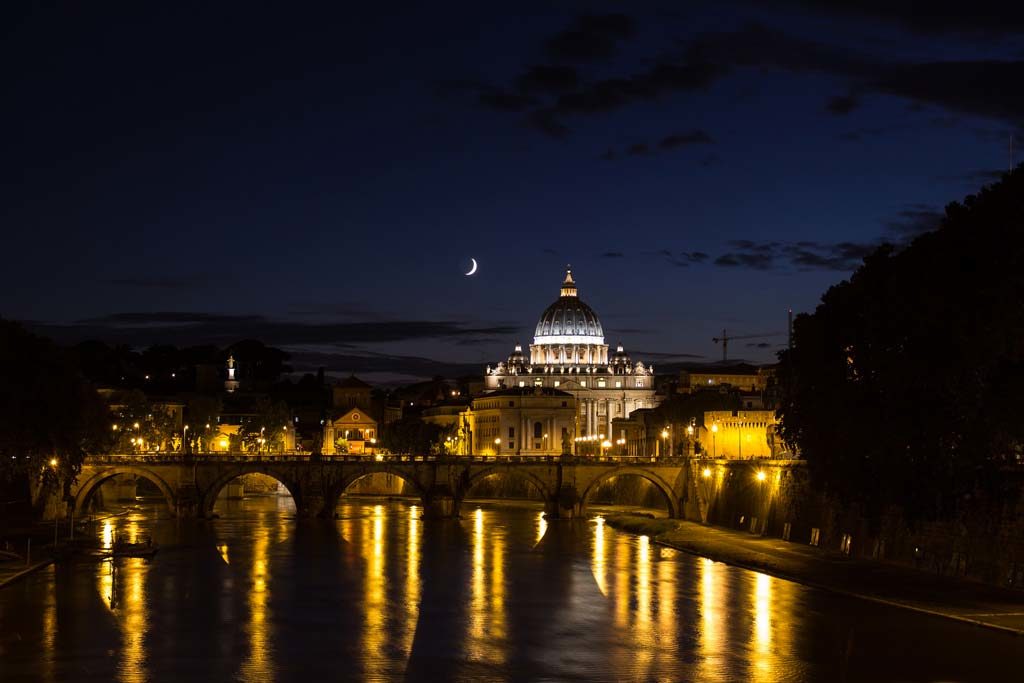 What to do in Rome on August 10th, night of the shooting stars of San Lorenzo

In Rome they historically tend to peak in the second week of August, around August 10th. There are many viewpoints from which to watch falling stars, some of which are very romantic.

In Rome certainly the most striking places are: Terrazza del Pincio, Giardino degli Aranci and Gianicolo.

Or, spend the evening in parks instead, where you will surely find less lights to better observe the sky.
In addition to the Ancient Appian Way Park, always open, in this period you can also spend a pleasant evening at Villa Borghese, Villa Ada and Villa Pamphilii.

Romantic tour of Rome at sunset on August 10th

To admire the sunset and the early hours of the night, we suggest the ‘Rome by Night’ E-Bike Tour.

Admiring the Squares and Monuments in Rome at sunset will be a truly unique experience: majestic fountains, churches and ancient buildings shine below the dawn. The marbles and ancient structures of the Empire .

Rome by bike without effort

By electric bike, a visit to Rome will be a real walk for anyone!

Thanks to the assisted pedaling, which eliminates the effort of pedaling, the ride is pleasant and fun!

More info on the Rome by Night e-bike tour

Our tours are for small groups (up to 12 people), to ensure the best experience for all.

An expert local guide will guide you through the city (in Italian – English or other languages, on request).

The equipment and e-bikes are of the highest quality and brand new. Included with the tour you will have: helmet, mobile phone holder or object holder and seat (up to 25kg) Free.

Book your Rome By Night Tour by e-bike now

Rome by night tour with children

The tour is also suitable for children and teenagers.
Up to 5 years or 25kg children can travel with the parent in the free child seat.
From 5 to 10 years the Bike trailers are available, or a trailer bike.

More info on the tour with kids

What is celebrated on August 10th – San Lorenzo

On 10th August in Italy we remember the death of San Lorenzo, a deacon of Rome, martyred in 258 during the persecution wanted by the Roman emperor Valerianus.

The religious anniversary coincides with the rain of shooting stars visible between 9 and 15 August, due to the passage of the earth near the trail of a comet. The impact of the debris left by the comet with the earth’s atmosphere and the disintegration of these creates the light trails called meteors that have fascinated humans for millennia.

This year, shooting stars expect to be the most visible in the nights of 12 and 13 August.

In Italy, shooting stars take the name of ”Tears of San Lorenzo”, since they are associated with his martyrdom. Legend has it, that those who remember the pain of the Saint looking at the sparks will see their wish fulfilled.

In ancient times it was believed instead that a god, on this night, fertilized the fields.