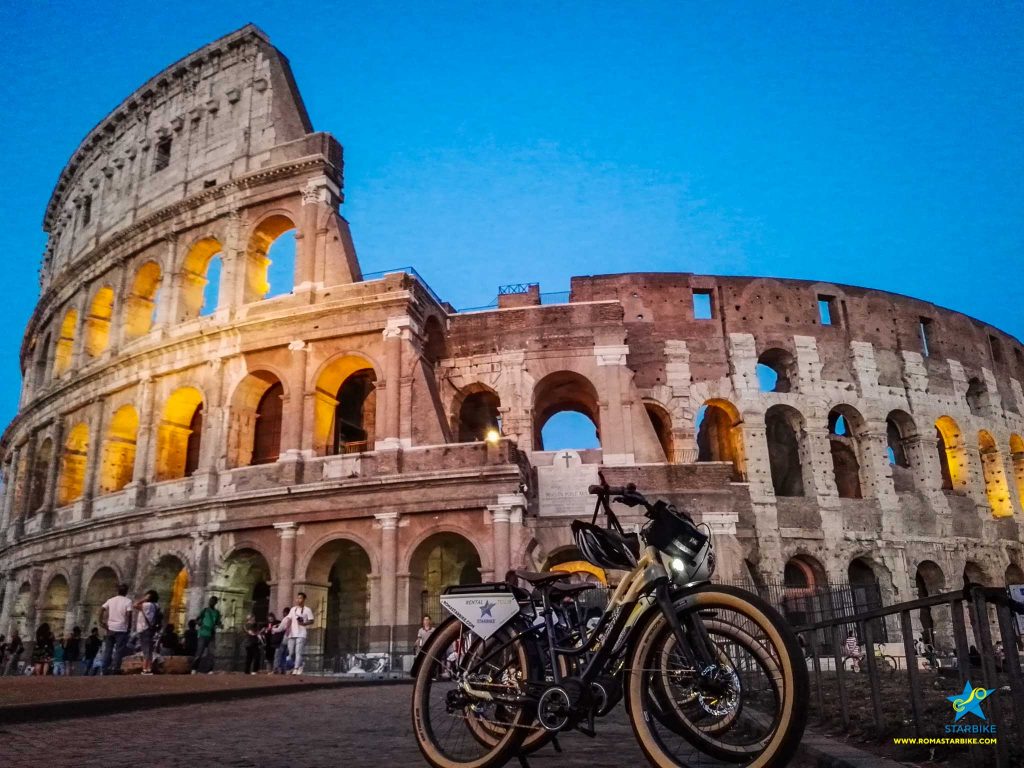 Why is it better to visit Rome by bike?

Whether you are a tourist or you live in the city or its surroundings, we firmly believe that the best way to discover Rome is the bicycle, even better if it is electric!

Do not deny that apparently Rome is not one of the most bike-friendly cities, but getting around the city by bike has considerable advantages:

1. Rome is a very large city and the bicycle allows you to move easily from one point to another in the city

Being able to see the most famous points of interest in the city in a single day is often difficult.

The best way to see more things in the city in a few hours and effortlessly, is to move to Rome by e-bike.

2. By bike you can move freely around Rome without waiting

With the electric bicycle you are free to move from one point to another of Rome optimizing all those waiting times (traffic and waiting for the vehicle) of the movements by bus or car. It also avoids having “fixed” timetables or too tight schedules.

3. You do not need to look for parking

Riding a bicycle allows you to save stress and time searching for parking.

With the bicycle in Rome you have free access to almost all the squares and streets of the center.

This allows you to get to the exact point you want to visit, directly with the bike.

You will not be forced to leave the vehicle, and then walk to your destination along long distances.

4. By Bike you can visit Rome “without traffic”

Moving in the traffic of cars in Rome can also cause difficulties for cyclists. But the guides that accompany our tours carefully choose the routes, to avoid the most chaotic streets.

In this way you will not have problems even in the days when the city could be blocked due to car traffic.

Furthermore, at the beginning of our tours, the guides perform a mini-course of “safe driving by bicycle”, to ensure that all participants enjoy the walk safely, and can have fun without care.

5. With the e-bike the LTZ are not an obstacle to visiting Rome

The historic center of Rome is almost entirely inaccessible, during daylight hours, to private cars of non-residents (or those who require special permits on payment, eg: for work).

Limited Traffic Zones force drivers to long detours and often do not make it possible to reach the destination by their own vehicle.

In addition, many historic squares and monuments can be found in pedestrian areas.

The ZTL and the pedestrian areas are instead faithful allies for cyclists, who will benefit from clearer roads and easier and safer driving!

Needless to emphasize the pleasure of being outdoors and walking freely in the eternal city and take a little ‘speed on slopes!

The electric bicycle still has one more advantage: you have the possibility to choose the degree of “fatigue” you want to face, by selecting the level of “help” given by the pedal assistance.

So the climbs of the famous seven hills of Rome will not be an obstacle!

Fun is guaranteed for children, but above all for the parent who takes them with you. In e-bike it is possible to almost eliminate the fatigue of transporting extra weight, both on the seat and on the trailer bicycle !!!